Since joining facebook, I’ve somehow managed to pick up more than four hundred friends. I checked the number this morning and was surprised. I hadn’t realized it had come to this. Quite amazing it is, for someone who signed on in order to view photos of her grandchildren and who has the typical introvert’s friendship circle of about a dozen. (Though a baker’s dozen on days I’m feeling especially ebullient.)

Then again, not that surprised either, because “fb friends” is a new category, and unique, and it matters not that it counts relatives and people I’ve never met and people I’ve not seen for three or four decades. We’ve connected in some way, we’ve validated that connection, and I’m quite satisfied to call each one a friend, even if the adjective facebook may be required for technicality’s sake. END_OF_DOCUMENT_TOKEN_TO_BE_REPLACED

So what do we think of TIME’s decision to name Facebook CEO Mark Zuckerberg their Man of the Year? We, the citizens of Facebook, I mean — citizens of the third largest nation in the world, if 500 million accounts counted as a nation. But also we as in all of us, whether we’re on Facebook or not, who know how profoundly media and technology have shifted, who have adapted our communication and connection habits, whether we wanted to or not. And we as in all of us who know that notions of private and public are being re-shaped, again. 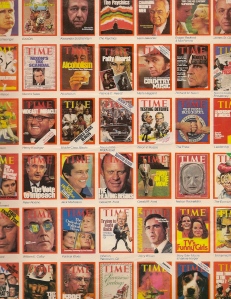 There’s plenty of chatter about the angles of this – from sneers that TIME isn’t exactly the authority it used to be on what’s important (which is why I asked what “we” all think, if the we over at Facebook can just pause from collecting tractors for our farms for a moment, or taking a test to discover what dead celebrity we might have been in another life) to SNL’s comics setting up WikiLeaks founder Julian Assange as bitter over Zuckerberg getting TIME’s honour (and this landing in newspapers and on computer screens everywhere as news!).

Of the list of TIME candidates (Julian Assange, the Tea Party, Afghan president Hami Karzai, and the Chilean miners), my pick would have been Julian Assange.  Not because I find him more likable (it’s not about liking — Hitler was once was Man of the Year, and Stalin was twice), but because I think the WikiLeak events and the impulses behind them will reverberate through global politics and life more significantly than Facebook has or will. END_OF_DOCUMENT_TOKEN_TO_BE_REPLACED

A couple of things came together for me today.

One is a column by Catholic writer Ron Rolheiser I’d stuck into a file folder some years ago, about the need to admire. “One of the defining traits of human maturity is the capacity to admire,” Rolheiser writes. He quotes Thomas Aquinas who said that to withhold a compliment from someone is a sin — because we’re withholding food a person needs to live. But, adds Rolheiser, admiring others is also food we need. Admiration opens us to others, it sees clearly those who do as well or better than we. As per Hugo of St. Victor’s words, which Rolheiser also quotes, “Love is the eye!” (Read the whole column here.)

The other is realizing anew the amazing capacity of the internet and other electronic media to connect us with people. Consider links, for example. The computer cursor moves over a word that also exists as a link, and click, another world opens, and there, more clicks await to take us to other places and people if we wish, and on it goes. I know this is old, old stuff by now. But what’s involved in considering if and who and what to link to in a blog? And in the time it takes to create the link? Sometimes a link is simply there as a short cut to information, yes, or as a way of setting up a bit of an argument or response. But I think links can also embody a kind of admiration.

Such admiration of another person or their ideas, or at least attention to them, is always implied, of course, in writing that references the work and stories of others, and in scholarly work will be properly footnoted. But the way the internet is increasingly able to link to sources directly, and to those who build into one’s life (for me, the bones I borrow, and borrow), the admiration is not only more immediate, but deeper in a risky sort of way. It’s like introducing a friend to someone else at a party who may be much more interesting than you are, leaving you sipping at your drink with no one to talk to!

Another example comes my way via Facebook. One friend updated her status by speaking of her discouragement about an art project she was working on. Some time later, she returned to find a whole row of encouragements and also admiration for her work. “It’s truly amazing,” she wrote, “that Facebook (which is derided by so many) can reduce me to productive, cleansing tears.”

There is plenty to critique and to worry about in contemporary electronic communication — its addictive nature, its effects on attention and time, and so on — but there’s also room in it to practice life-giving admiration. Food for others, and food for ourselves.