In blog-as-confessional mode today: it’s always gratifying to signal what’s been accomplished, but less gratifying to consider what was begun in high spirits and never completed.

In terms of the done, I refer to items along the right aisle of this site, where I’ve just updated “Recent essays and stories.”

I was pleased that “Burial Grounds” found a home in the latest Prairie Fire. This piece grew out of concerns, when we first moved from Manitoba to British Columbia, about where I would be buried someday. All those years in Winnipeg, I’d had my eye on the beautiful Elmwood Cemetery and now we’d left it behind. (I know, I know, I worry about odd things.) I was delighted that The New Quarterly took “On the Memory Set,” a reflection launched by once trying to write a play.

And, most recently, a review of Cameron Dueck’s fine book, Menno Moto, at Mennonite Historian (pg.11.) 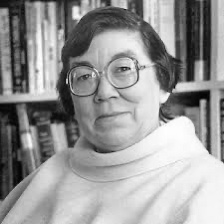 But the unfinished, the abandoned! Some time ago I made a list of these and it wasn’t short. This morning, needing a binder, I emptied accumulated notes for my Year of Reading Margaret Laurence project (2019), which I referenced back in December. Of four formidable women writers who shaped my sense of Canadian writing — Margaret Laurence, Mavis Gallant, Margaret Atwood, Carol Shields — it’s Margaret Laurence to whom I’m most drawn. I suppose I dreamed of one of those “annualist” manuscripts, even though I find them somewhat pretentious.

I glanced through the notes, remembered how much I enjoyed reading Laurence’s African stories for the first time and two collections of her correspondence (with publisher Jack McClelland, with friend Adele Wiseman), as well as re-reading some of her novels. I also read James King’s slightly irritating biography of Laurence. I noticed in the notes that I wondered whether she would have liked me. (Another odd worry, I know.) She didn’t suffer fools gladly, as her letters attest. It was the question of my own identity as writer, I think; a hope for resonance. But it’s the stories, not the personality, that remains. Their passion, their language. (Just one image from a story in The Tomorrow Tamer, by way of illustration: “the children darted, velvety with dust.” Which makes me ache with pleasure.)

While my admiration for Margaret Laurence’s work was affirmed, I lost interest in continuing the project. But if there’s not enough wool for a blanket, I offer a narrow scarf, namely encouragement to read, or re-read, Margaret Laurence. She’s worth it. Still, and again.